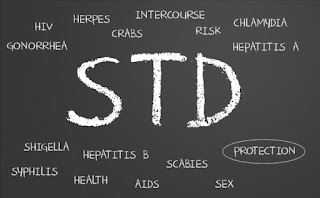 A recent report from the Centers for Disease Control and Prevention states that new cases of sexually transmitted diseases cost the US health care system nearly $16 billion a year. About 20 million new cases of STDs are reported in the United States annually, and as many as half of those are among young people ages 15-24, according to the report. We need to be concerned about 26 known sexually transmitted infections that can turn into incurable diseases that cause cancer, infertility, or death. Some may mistakenly think that using a condom completely protects themselves.

Accomplishing anyone of these goals logically results in a reduction in the risks of pregnancy, births, sexually transmitted diseases and HIV. Science has shown that there is only one way to prevent an unplanned pregnancy and from becoming infected with a sexually transmitted infection and disease....that is by practicing chastity resistance skills learned in chastity education. Anyone who is sexually active should be regularly screened for sexually transmitted diseases and obtain treatment, if infected. Screening and awareness help to prevent the spread of STDs, and early diagnoses can lead patients to obtain treatment before long-term health issues develop.

Posted by Real Alternatives at 11:31 AM

Real Alternatives
Real Alternatives provides pregnancy and parenting support services and abortion alternatives to women in need. Based in Harrisburg, Pennsylvania, Real Alternatives serves the states of Pennsylvania, Michigan and Indiana. The pregnancy support program the nonprofit organization administers was established by former Pennsylvania Governor Bob Casey and the Pennsylvania General Assembly 20 years ago and continues to aid women with unexpected pregnancies through the support of the state’s current governor and general assembly. Services provided by Real Alternatives are designed to empower women and offer assistance with unexpected pregnancies, adoption services and education, and the development of parenting skills. Pregnancy support service includes free counseling, mentoring, maternity clothing, and access to supportive agencies for medical care. Additionally, the organization helps new mothers acquire parenting skills including infant care, pediatric medical care, and necessary items such as furniture and baby clothing.